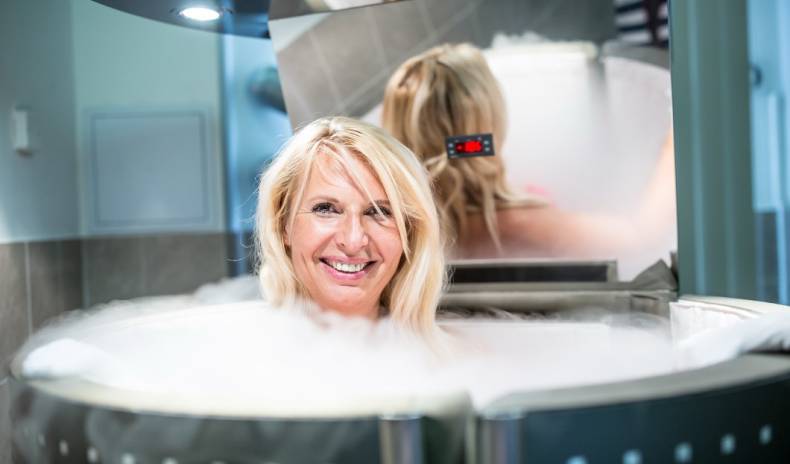 In recent times, a mysterious word cryotherapy, literally, "cold therapy" is often heard. What is cryotherapy - a fashionable word or an effective method of treatment and for whom it is intended. Cryotherapy, or treatment with extreme cold, is a method based on deep dry freezing (at temperatures from -110 ° C to -130 ° C) on the external surface of the body/skin for 2-4 minutes, resulting in the body "provoked" to certain physiological reactions to cold. In General, there are two methods of treatment: cryotherapy of the whole body or local cryotherapy.

The history of the cold treatment

The positive effects of cold in certain situations are not new. Placing ice on the wounds is most often mentioned in ancient Egypt during Roman military campaigns. Throughout the existence of our civilization and nowadays, cold compresses were and are an integral part of folk medicine.

Modern cryotherapy methods were investigated and introduced by Professor Toshiro Yamauchi, and in Europe only a few years later the German rheumatologist Professor Reinhard Fricke, who explored and demonstrated the therapeutic effect of extreme cold on inflammatory skin diseases. Over the past 30 years, cryotherapy, as a recognized method of treatment has spread to many countries in Europe, especially in Germany, Poland, the Czech Republic, Austria, and others.

These days, regular application of cryotherapy is especially recommended for the treatment of:

The complex effect of cryotherapy on the human body is accompanied by a significant increase in immunity from acute and chronic diseases.

There is a legitimate question that leads to such a stunning effect. The basis of the therapeutic effect of cryotherapy is sudden cooling of the skin. The temperature of the skin temporarily decreases by 2-10 degrees Celsius, while nerve endings on the skin are suppressed, which leads to a decrease in the perception of pain. Also, blood supply to the skin, subcutaneous tissue, and muscle mass increases several times. The effect of blood supply is most strikingly manifested on the skin when the blood supply changes due to its aging and degeneration-cellulite. Therefore, cryotherapy has an obvious cosmetic effect.

It may seem that cryotherapy is a magical method of treatment that works wonders for recovery. But this is not quite so; cryotherapy is not a panacea, but only one of the procedures that are used in conjunction with other treatments as part of the treatment course. Also, cryotherapy has certain contra-indications, for example, this method is not suitable for people:

The benefit of cryotherapy applied within the sanatorium-resort course is that the doctor monitors the patient's condition before the indication of this type of treatment and excludes contra-indication.