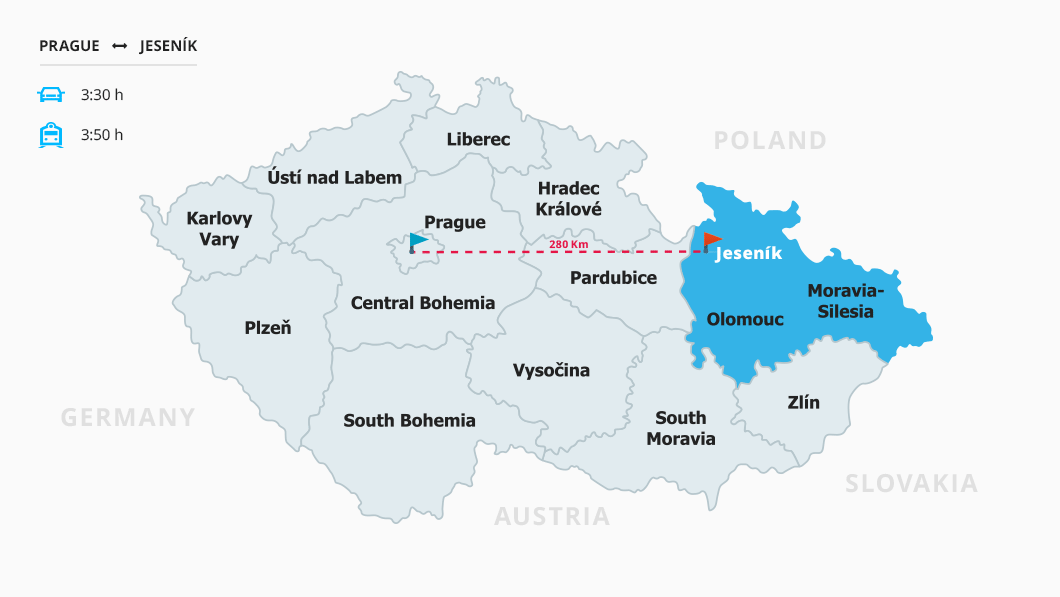 Jesenik Spa came into existence thanks to Vincenz Priessnitz, the founder of hydrotherapy, who established there the first hydrotherapy center in the world in 1822. Jesenik's specific climate with increased air ionization and higher radon emanation has very favourable effect on patients suffering from diseases of the respiratory and nervous system and of the locomotive organs. Jesenik also offers many possibilities for tourism and winter sports.

Karlovy Vary, also known as Carlsbad, is named after the Emperor Charles IV, who founded the city in 1370. It is historically famous for its hot springs (12 main springs and about 300 smaller springs) and it is also the largest spa in the Czech Republic. In the 19th century, it became a popular tourist destination, especially for international celebrities. The city is also known for the Karlovy Vary International Film Festival and a popular Czech liqueur Becherovka. The water and mud are used to treat patients with digestive and musculoskeletal problems‚ diabetes and obesity and mental disorders.