After stroke rehabilitation and treatments of cardiovascular and heart diseases 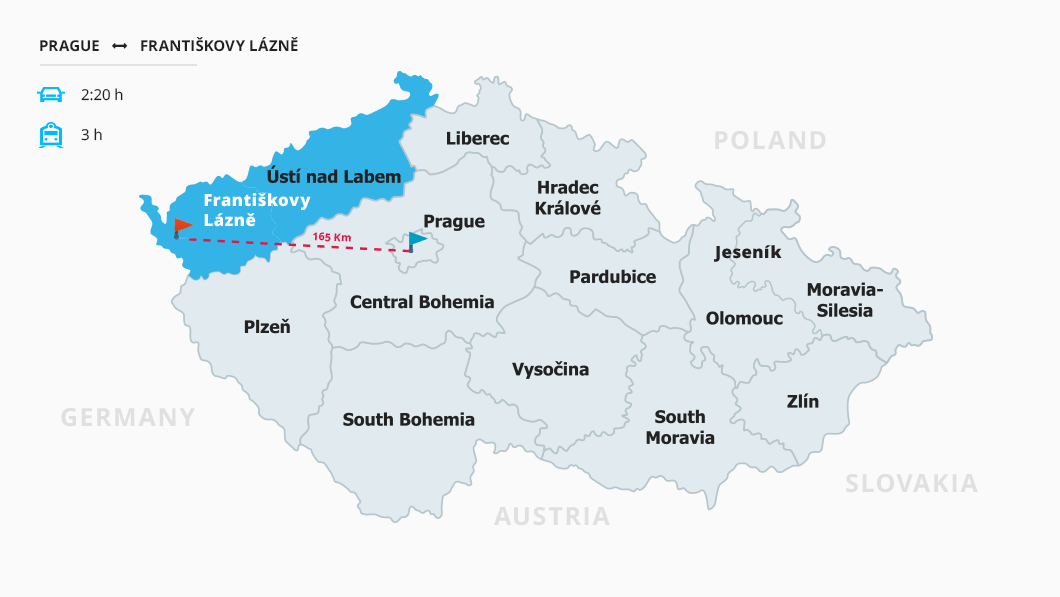 Frantiskovy Lazne is the first mud baths ever established in the world opened in 1792. In the same year, Austrian Emperor Franz I was crowned a Czech king and the spa was thus named after him. The local therapeutic facilities specialize in the treatment of heart disorders, for example after stroke rehabilitation and blood circulation problems, of locomotion organs disorders, but mainly of gynecological disorders, including infertility. 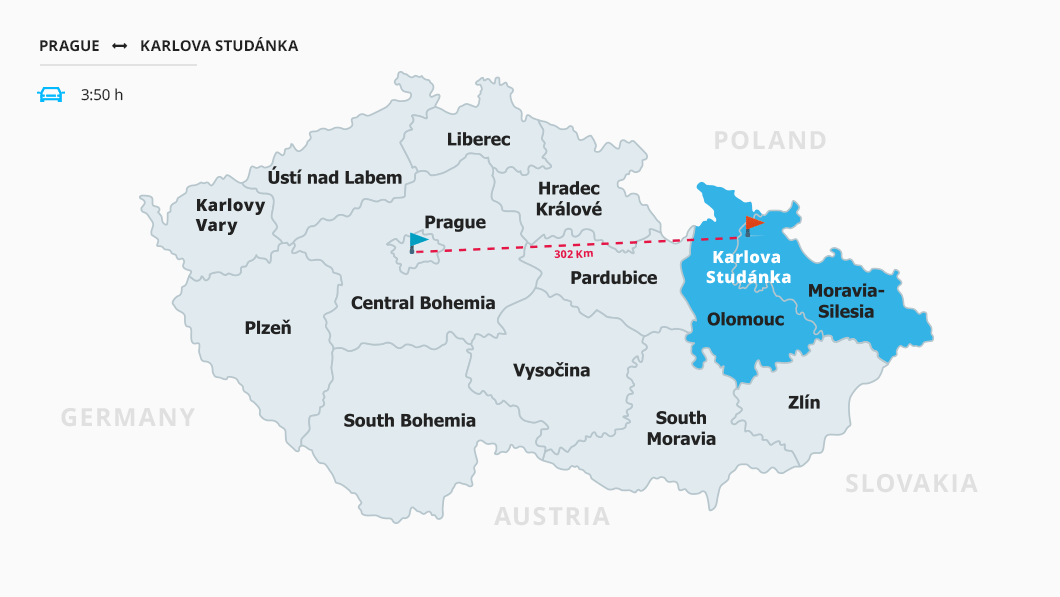 Karlova Studanka is one of the most beautiful spas in the Czech Republic thanks to its favourable climate and location in the picturesque countryside. The spa serves as a specialized sanatorium providing treatment to patients suffering from diseases of the respiratory organs, in the treatment of which the unique pure mountain climate proves beneficial. Especially the springs of iron acidulous water are famous. The spa buildings from the beginning of 19th century are also architectonically interesting.

Podebrady Health Spa, where the heart disorders and the circulation system problems are treated, is situated 50km east of Prague. After stroke rehabilitation therapy are provide in Podebrady Health SPA. The small spa originated here already in the 17th century, but the main spring of mineral water with therapeutic effects was discovered later in 1905. Picturesque parks and surroundings are completed by a wide offer of cultural, sports and social events.

Teplice nad Becvou Spa where, first of all the heart disorders, after stroke conditions and cardiovascular diseases and diseases of the locomotive apparatus are treated, has offered relaxation and professional care since the 16th century already. A unique medicinal mean are baths in the alkali earthy acidulous water with a high content of carbon dioxide. The Zbrasovske aragonite caves with doughnut shaped mineral formations can be also found in the spa district.